Pax Vaira (1976) is an Italian sculptor living and creating art between London and Florence.  Originally from Puglia, Italy, and very creative since early age, he studied law in Milan where he came in contact with the art world.

Lawyer in the City of London from 2003 to 2013, he discovered stone sculpture during those years and started developing a his special relationship with stones, which allows him to express intimate massages through his technical research. His intention is to create a bridge between the past and the future, aiming at embracing the main principles of all cultures of a globalised world. He is expressing the tension between the sacred and the profane, and exploring the dualism and the contradictions.

In 2010 he exhibited to the public for the first time in London. He has several solo and group exhibitions under his belt and works on commission and out of inspiration. He is also a prolific live performer. 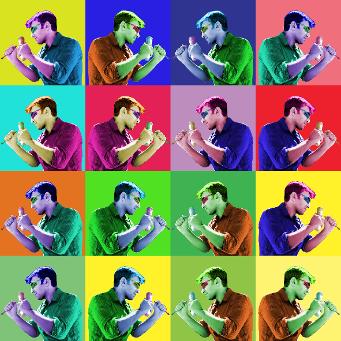 artist of the month, artavita, February 2017

ARTE INTRECCI, PIETRASANTA, May to September 2017

All artworks on this website are a copyright of Pasquale Vaira and may not be copied, linked to, distributed, downloaded, modified, reused, reposited, reproduced or otherwise used without express written permission. None of the art found on this website has ever been sold to any clip-art agency so if you acquired our images through any of these pirated collections, it does not excuse you from guilt. If you are interested in learning how to license one of these images for any purpose, please enquire. Help keep the art alive!   Hot-linking to images on this website will not be permitted. Tracking software records all access to files and websites found hot-linking to images of this website without permission will have their webmaster duly notified without warning which in most cases can result in the loss of your account. The purchase of statue or a painting does not cover the right to copy and/or replicate the subject or expose it without the consent of Pasquale Vaira